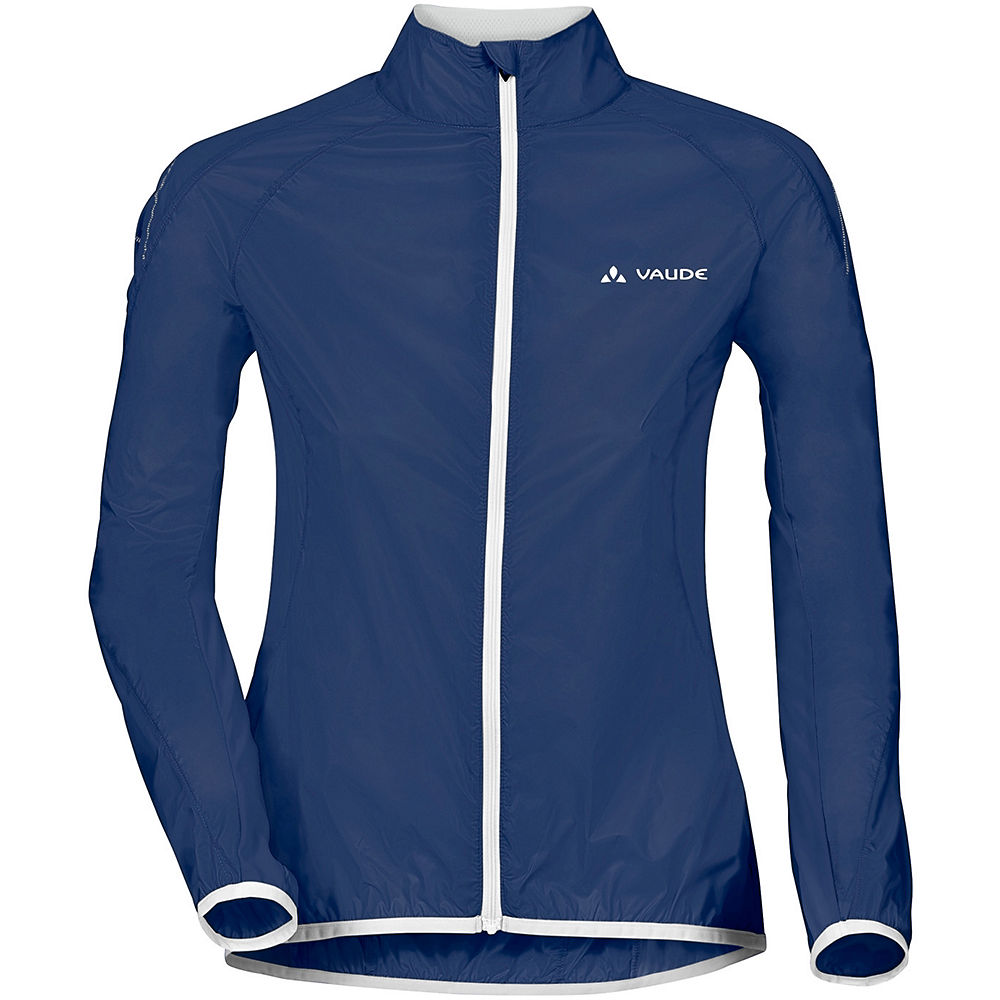 Vaude Women's Pro Windshell LWThe lightest of Vaude's windproof jackets, the Women's Pro Windshell LW is for when you want some protection from cool winds and showers but don't want to be weighed down by a bulky jacket.This is the jacket to whip on when you've finished a long climb and you're now facing a cold descent or perhaps you've been caught in a chilly rain shower. Despite its incredible lack of weight you still get a jacket that will block out winds, but with some air-permeability to ensure that sweat is quickly evaporated away before it chills you down. Stretch inserts and a slim fit means the perfect balance of a flap free ride and complete freedom of movement. Features:Material: 100% Polyester80% windproof, very breathable and water repellentInner front flap with chin guard at the collarStretch insertsLycra at the cuffs and lower hem1 back pocket for jacket storageFull-length front zipReflective elementsBuy Vaude Clothing from Chain Reaction Cycles, the World's Largest Online Bike Store.

Simon Yates in Tirreno-Adriatico (Photo: Yuzuru SUNADA) Simon Yates has unfinished business heading into the 2020 Giro dItalia and Mitchelton-Scott have announced their formidable team to support him. ...
>Read More

Canyon's Ultimate range receives a spruce up for 2021

The peloton on stage three of the 2019 BinckBank Tour (Photo by Bas Czerwinski/Getty Images) Start list of riders taking part in the 2020 BinckBank Tour...
>Read More

Multiple Grand Tour winners Alberto Contador and Ivan Basso have launched their own bike brand. Called Aurum, they say theyve been discussing the launch for many years, looking to design the bike of their dreams independent of the teams and sponsors who determined their equipment in their pro racing days. The goal was to build […]...
>Read More

Primož Roglic and Wout van Aert hunt down Julian Alaphilippe on the Imola 2020 finishing circuit (Photo by Bas Czerwinski/Getty Images) Primož Roglic has been accused of not helping his Jumbo-Visma team-mate enough at the end of the Imola 2020 Worlds road race...
>Read More